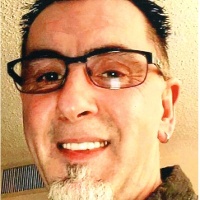 Zoran was born on September 8, 1960 in Osijek, Croatia, the son of Milorad and Katica Popovic. He grew up in Novi Grad, Bosnia. After secondary school, Zoran went to culinary school in Osijek.

Zoran passed away on August 17, 2019 at Ava's House in Sioux Falls, South Dakota.

Zoran enjoyed going fishing, listening to music and collecting stereo equipment. He liked luxury cars, especially BMWs.
He is survived by his parents; his son, Damir of Minnesota, a son, De’Adrian of Sioux Falls and his mother, Shandi; a brother, Damir (Sladjana) Popovic of Sioux Falls; and two step-sisters, Mira and Marica; and his previous wife, Sophia.

To order memorial trees or send flowers to the family in memory of Zoran Popovic, please visit our flower store.