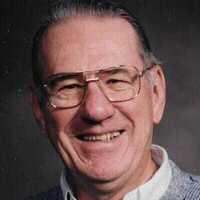 Wendell H. Hanson, 101, passed away June 15, 2021 at Bethany Meadows. Brandon, SD. Born August 4, 1919, in Sioux Falls to Harry N. and Alice E. (Dorland) Hanson; a State Senator, WW II hero, service minded businessman, philanthropist, man of strong faith, he grew up in the 'roaring twenties' and 'dirty thirties' in Texas and Sioux Falls, graduated from Washington High School, and the University of Texas where he was President of Alpha Phi Omega and a speaker at an UT event for the Governor of Texas.

As a child, 'Wen' and his brother Ken caught Black Widow Spiders on their parents' farm 7 miles from Pharr, Texas. For every 2 they caught they received a movie ticket. At 6 he was near a tree struck by lightning and bedridden for many days. He decided there was a reason God let him survive.

Wendell enlisted in the Army Air Force on September 5, 1941 and served in WWII as a B-25 combat bomber pilot in low altitude attack missions from bases in China and India. He was a Flight Leader under General C. L. Chennault 14th Air Force Flying Tigers. Among the medals he was awarded are the Distinguished Flying Cross for distinguishing himself by heroism and extraordinary achievement while participating in aerial flight, the Air Medal with 2 Oak Leaf Clusters, 2 Bronze Stars, and the K'ang Chan-Nien Chang medal from the Republic of China. Wendell was inducted into the Combat Air Section of the South Dakota Aviation Hall of Fame. After his tour of duty overseas he taught instructor pilots how to teach combat air tactics to pilots. He served in the Air Force Reserve and retired in 1979 as a Lt. Colonel. Wendell co-authored 2 books on the CBI Theater of World War II.

On August 11, 1945, Wendell married Helen A. Brumbaugh at First United Methodist Church in Sioux Falls. In September of 1944 he flew from up from Texas to recruit for the Air Force at Vermillion High. Prior to speaking with students he met Helen who was a teacher. They spoke for a few minutes in a school hallway. Without further communication, on January 24th, Wendell sent a letter to Helen asking her to marry him. Helen replied, "I do not even know you well enough to say no." After many months of letters; Helen said, "Yes." They lived near Waco, Texas while Wendell taught instructor pilots at Lackland Air Force Base, then to Ann Arbor Michigan for two years, and returned to Sioux Falls.

At 90 years old he flew again in a B-25. While in the pilot's seat on the complimentary flight the owner and pilot told Wendell, "She's all yours sir" and Wendell executed 3 turns and level flight. When asked how it felt he replied, "The controls are right where I left them."

In 1947 brothers Wendell, Kenneth, and Harry formed Hanson Realty Company. For 37 years they invested in a wide variety of businesses and real estate throughout the United States and constructed apartment buildings. Wendell was President of the Sioux Falls and of the South Dakota Board of Realtors, and Chairman of the SD Real Estate Commission.

Wendell was an active leader in Boy Scouts and was awarded regional and national honors for his services. He served 4 years in the South Dakota Senate on the Commerce and Taxation committees. On the Select Mining committee he assisted in restructuring one hundred years of South Dakota's mining laws.

He was also active in the Sioux Falls community. Wendell was a member of the American Legion, 40 et 8, VFW Life Member, Armed Forces Committee of Chamber of Commerce, Elks Lodge, and Life Member of the Downtown Lions Club. For leadership in bringing the USS South Dakota Memorial to fruition he received an Honorary Admiralship and his name included on the memorials bronze plaque. For dedicated Humanitarian Services he was named a Melvin Jones Fellow. For many years he served as a volunteer at the Veterans Administration Hospital.

Helen and Wendell opened their home on a moment's notice and welcomed everyone. They allowed our friends to live at their house for months. Out of town church groups were always welcomed. Ball teams in town for a tournament, musicians, military personnel, and even a few parolees stayed in our home.

Wendell was an avid reader, loved golf, international and local politics, international travel, pheasant hunting, fishing, and camping. He loved playing Bridge and Pitch, played in a national Bridge tournament and at 101 years old he continued to enjoy playing Bridge with 'the ladies' at Bethany. Wendell was faithfully religious and a strong defender of religion. He was an active member of Hope Lutheran Church as President of the congregation and Sunday school teacher, and was also a member of Peace Lutheran Church, and Abiding Savior Free Lutheran.

Wendell was a frequent and entertaining guest speaker on his experiences in indo China as well as presentations on world religious fanaticism and its potential effect on the US.

To order memorial trees or send flowers to the family in memory of Wendell Hanson, please visit our flower store.