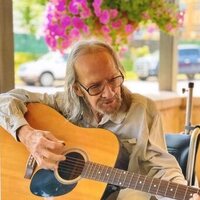 Jay’s life began on October 19, 1951 in Kearney, NE, the son of Albert and Dorothy Stults. His family lived in Nebraska until Jay was a teenager and they moved to South Dakota. After his teens, Jay attended commercial arts college in Oklahoma.

He eventually settled in Madison, Sd., where he met Brenda Tieszen. They were married in February of 1977. They had one son, Jayson. Jay lived in Madison and had his own painting business until 1989. He then moved to Mitchell and worked as an industrial painter throughout the 1990’s. Jay moved to Sioux Falls and started a painting business with his son. Jay continued painting with Jayson until he retired in 2010

During his life, Jay enjoyed hunting, fishing, time at the Lake property, being with family and helping others.

A celebration of his life will be held at The Sportmans’s Club at Lake Mitchell on Saturday, July 24th from 9:00 am – 11:00 pm. All family, friends and caregivers are welcome to rejoice in Jay’s life.

He was preceded in death by his mother, Dorothy Stults; a brother, Donald Jones; two sisters, Teresa Lara and Sharon Ibarra; a brother, Ernie Ironhawk; and a niece, Stacy Ehlers.

To order memorial trees or send flowers to the family in memory of Warren Jay Stults, please visit our flower store.