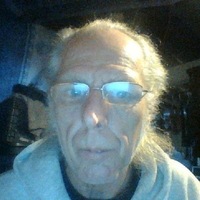 Vincent Showers was born to Ronald C. Showers and Adelia “Dee” Ottinger Showers in Aurora, IL. At age six his family moved to California where he attended Whittier Elementary in Long Beach after which the family moved to Hawaiian Gardens where he and his brothers attended Furgeson Elementary and Artesia High School.

He enlisted in the U.S. Navy serving aboard the USS Kilauea and after a short time as a civilian re-enlisted and served aboard the USS Carl Vinson. Upon leaving the service he joined his mother and step-father and sister Valerie in Freeman, S.D. where they were living. He then moved to Sioux Falls, S.D. where he worked at Sioux Steel and other places. His last job was at J.D.S. where he worked in the warehouse.

Vince received his first guitar about age six and was entirely self-taught. His first band was in California in his mother’s garage. He took his guitar with him and entertained his ship mates while in the navy. He played in several bands after arriving in South Dakota some of which were Blowin’ Smoke, Native Soul and his latest band the Rick Rock House Band where he played lead guitar.

Vince or as he was better known “Cosmo” passed away from cancer at the Dougherty Hospice House in Sioux Falls on December 10, 2020.

Left to mourn are his wife, Michelle; daughters, Dara and Chasity; stepson, Cheyenne Stewart; mother, Adelia “Dee” Millar; best friend Shannon Stewart; the members of the Band and many other friends and relatives.

At his request he has been cremated and there will be no funeral service.

Chapel Hill Funeral Home, in Sioux Falls, is in charge.

To order memorial trees or send flowers to the family in memory of Vincent Showers, please visit our flower store.