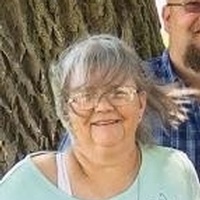 Vicki was born December 29, 1957 at Adrian, Minnesota, the daughter of Milford and Delores Elsing. She grew up in Sioux Falls and graduated from Washington High School. She lived in the states of Kansas, Colorado and Alaska for a short time before returning to Sioux Falls. Vicki attended Colorado Tech in the criminal justice program.

Vicki worked at McDonalds, 7 Eleven and Krispy Kreme in Sioux Falls. She liked reading, coloring and spending time with her grandchildren. She enjoyed watching her family participate at Special Olympics.

To order memorial trees or send flowers to the family in memory of Vicki Tietz, please visit our flower store.