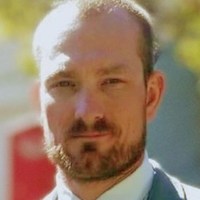 Travis was born in Sioux Falls on April 10, 1979 to Darci and Slade Walter. He attended school at East Dakota Co-op.

Travis worked as a carpenter with Olympic Construction for a number of years and was skilled in framing, sheetrock and finish work.

Travis 40 years old when he passed away on January 28, 2020 at the Avera McKennan Hospital in Sioux Falls.

To order memorial trees or send flowers to the family in memory of Travis Walter, please visit our flower store.