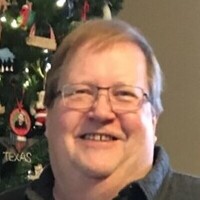 Terry was born November 7, 1953 in Vermillion, SD to Elvin and LoVail Cleland. Growing up, his time was spent helping his Dad on their farm located just outside of Vermillion, SD by Spirit Mound.

As high school sweethearts Terry and Vicky were married on July 6, 1973 in Vermillion, SD. In 1978 they welcomed their first child, Nicholas Glen, followed by Megan Marie in 1982.

Terry had a passion for classic cars and NASCAR. Terry had a great sense of humor and loved to tell jokes, laugh, and play tricks.

A small family service will be held for immediate family and a celebration of life will be planned at a later date.

To order memorial trees or send flowers to the family in memory of Terry Cleland, please visit our flower store.