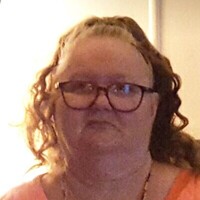 Suzanne passed away at the age of 67 years at Ava’s House in Sioux Falls, South Dakota.

She enjoyed dancing, games shows, drawing, listening to music, watching movies, and most importantly spending time with her children and grandchildren. She loved the color purple and her favorite song was Nights and White Satin by The Moody Blues.

Suzanne was preceded in death by her parents, Bernard and LaVonne Neuroth, her sisters, Stephanie Neuroth and Lisa Neuroth, and her son, Anthony Neuroth.

Suzanne lived a lively life and her loved ones will miss her dearly.

To order memorial trees or send flowers to the family in memory of Suzanne Neuroth, please visit our flower store.