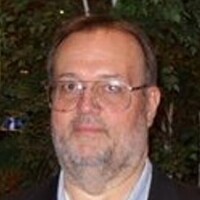 Steven Wayne Natvig was born on October 24, 1948 and went home to be with his Lord on February 25, 2021. Steven was born and raised in South Dakota. He graduated from Kimball Public School and then from Augustana College in Sioux Falls with a double degree in Math and Chemistry. He was baptized into the Christian faith and later confirmed at Immanuel Lutheran Church in Kimball. He became a member of Zion Lutheran Church in Chamberlain, SD, serving for many years as their treasurer.

Growing up in Kimball, he worked at Natvig Produce. After finishing his college, he returned to Kimball and rejoined the Produce family business. After the business was sold, he was the Finance Officer for the City of Kimball for many years. He enjoyed designing and working with their accounting system and made life-long friends all over the state who were also finance officers from other towns.

Steven enjoyed life. He had a love for music and played trombone in the high school band. Later on, he took up playing the baritone. Piano lessons from Miss Cora were another story! He convinced his sister, Susan, that a person did not actually have to memorize a recital piece until the afternoon of the recital; there was no hurry! He liked to ice skate with his cousins and friends as well as cross-country and downhill skiing. He loved to travel, taking the train from east coast to west coast while stopping along the way to visit his sisters and cousins. He also traveled extensively in Norway and France, visiting his nieces who were attending school there. Steve loved reading and will be remembered for his knowledge. Have a problem? He knew the answer or knew the person who did. Driving home late at night and need directions? He could tell you the best route to go. He loved to visit and many are the siblings, nieces and cousins who dialed his number and then had hours of enjoyment listening to him tell his stories as they traveled down the highway.

Early on Thursday morning, February 25, 2021, Steve gently and peacefully stepped into eternity and now sees the face of God. He is survived by his sisters Susan (Kent) Natvig Borglum and Jennifer (Jay) Natvig Markus, and brother David (LaRae Ness) Natvig plus their families and many relatives. He was preceded in death by his parents Virgil and Genevieve Moline Natvig and his nephew Troy Borglum. The funeral will be held at Zion Lutheran Church in Chamberlain on March 1, 2021 with Pastor Robert Hinckley, Jr., officiating. Interment will be at the Kimball Cemetery.

To order memorial trees or send flowers to the family in memory of Steven Natvig, please visit our flower store.