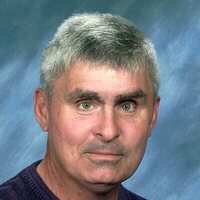 Steve Eide passed away unexpectedly from a heart attack on Saturday, November 27, 2021.  He was 64 years old.

Steven Donald Eide was born on January 4, 1957 in Sioux Falls to Don and Judy (Clausen) Eide.  Steve worked at several jobs in the Sioux Falls area through Lifescape.  However, when he began working part-time at EastwayBowl over 30 years ago, he became a part of their family.  Eastway became his 2nd home.  He not only worked there, he also bowled in several leagues throughout the week and if he wasn’t working or bowling, he was watching others bowl and cheering them on as only Steve could do.  He made many, many friends over the years and he will be dearly missed by all.  That being said, it seems somehow fitting that he passed away at his favorite place, EastwayBowl.

Steve was blessed with a kind and friendly soul.  He loved his family and gathering together with them for birthdays and the holidays. He enjoyed attending church at Grace Lutheran.  He was very much into his routine and always making plans, whether for rides to church, the grocery store or haircuts.  But his all-time favorite plan was getting another bowler or a team together to bowl in tournaments with. It was hard to turn him down!  He was also blessed with the best co-workers and friends at Eastway Bowl.  They took such good care of Steve and for that, the Eidefamily is eternally grateful.

To order memorial trees or send flowers to the family in memory of Steven Eide, please visit our flower store.