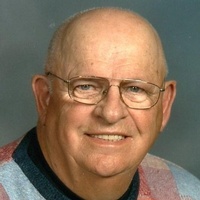 Stan Van De Berg, age 87, of Sioux Falls went to his eternal home on Thursday, April 12, 2018. He died suddenly at home with his wife at his side. Stanley Arthur was born on April 4, 1931 in Orange City, IA to Henry and Cornelia (Van’t Hol) Van De Berg. He grew up on the farm in Sioux and Lyon County, IA but left farm life to serve in the United States Air Force from 1950-1954. He then enlisted with the South Dakota Air National Guard where he served from 1956-1986 as a life support technician. He retired from the Guard in 1991. Stan then went into real estate and appraisals until 1998. Not being fond of retirement, he later started driving school bus, a job that allowed him to enjoy working while still having time to spend on the golf course.

Stan married Judith M. Meyer on May 3, 1974. They raised a family together in Sioux Falls where they were active members of First Presbyterian Church.

Stan enjoyed playing and watching golf and tennis, driving across the country to spend time with his children and grandchildren, reading, photography, and helping out on his brothers’ farm.

Visitation will be held at 10:00 a.m. with funeral services beginning at 11:00 a.m. on Friday, April 20, 2018 at First Presbyterian Church in Sioux Falls. Lunch reception will follow. Interment will be held at a later date. In lieu of flowers, please make a charitable donation to the Union Gospel Mission, one of Stan’s favorite charities.

To order memorial trees or send flowers to the family in memory of Stanley Van De Berg, please visit our flower store.