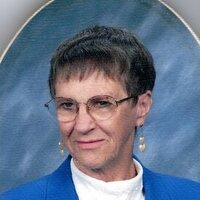 Shirley Ann Toering Walkins was born September 25, 1935 at her grand parents farm near Bruce, Sd. She attended school at Dempster and Bemis before moving to Watertown in December of 1946. Shirley attended grade school, junior high and high school in Watertown.

On August 9, 1952, she was united in marriage to Chester Irvin Quick. They made their home in Brookings while Chet attended South Dakota State College. In 1956, they moved to Sioux Falls where they made their home until September of 1994 and then moved to Lake Brandt at Chester, Sd. Four years later, they became full-time RVers until Chet’s death in June of 2001.

Shirley received her GED and attended Southeast Area Vo-Tech. She worked as an Avon Representative for about 18 years and for Hanson Realty as a bookkeeper and secretary for 12 years. Shirley was also a bookkeeper for Chester Quick Consulting Engineers for 25 years.

Shirley enjoyed camping, stitchery, crafts, bowling and reading. She was active at the Center for Active Generations. She was an active member at Grace Lutheran Church. Shirley served on the church council in several capacities as well as Treasurer and held several offices with The Women of Grace.

To order memorial trees or send flowers to the family in memory of Shirley Quick, please visit our flower store.