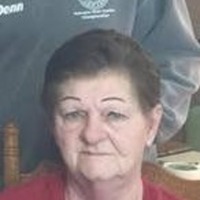 Born April 29, 1947 in Sioux Falls, South Dakota, Shirley attended school in the public school system.  After school, she assisted her mother, Alice, with raising her brothers and sisters.  Shirley eventually met James (Jim) Eugene Morrison and they were married on August 7, 1966.  Throughout their marriage, Shirley held various positions in restaurants that included The Cracked Pot, Irv’s Fine Dining, The Rollin’ Pin and The Elk’s Club to name a few.

Shirley loved going fishing with Jim on weekends.  They would fish for hours looking for that perfect fish fry.  Shirley also enjoyed baking and cooking for others.  She would take baked goods to her mechanic and would not only get a big thank you – but also a complimentary oil change from time to time.  She enjoyed helping others.

To order memorial trees or send flowers to the family in memory of Shirley Morrison, please visit our flower store.