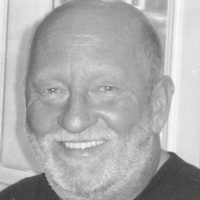 Scott was born January 24, 1955 in Sioux Falls SD, the son of Ray and Evelyn (Rothenbuehler) Peters.  He grew up in  Sioux Falls in the Park Ridge area. He graduated from Washington Sr. High School in 1973.
At the age of 13, he was a shoe shine boy at Park Ridge Barber Shop.  After graduating, he moved to Lead SD, where he worked at the Homestake Mining Company.  After which he moved back to Sioux Falls.  Scott was a car salesman for 20 years.  To name a few, he worked for Ben Hur Ford, Terry Schulte Chevrolet and Graham Tire.  He then managed Auto Centers for 20 years, TMA, Precision Tune Auto and Tuffy Auto Center.  He retired in 2015 from full time employment.  In the school year of 2016-2017 he had a special part-time job of driving Ms. Emily Rankin home from Roosevelt High School, which he thoroughly loved doing.  His final part-time job was at the Westside Casino.
Scott enjoyed camping/fishing and campfires with his friends.  He also enjoyed playing cards with his buddies.  He loved to hunt pheasants with his dad, brothers and his dog, Maddie.
Scott had a deep love of horses and eagles.  He also loved music.  He was a huge Beatles fan and Fleetwood Mac and Stevie Nicks. Also, the music of his childhood friend, Todd Kahler. He loved his family.  Scott will always be remembered for his love of telling jokes.
Scott is survived by his wife, Karen; one daughter, Amber Briden (Greg Briden) Sioux Falls SD; one son, Jeremy Waring, Winfred, SD; four grandchildren, Dylan, Dax, Kaitlyn and Austin; three siblings, Jim Peters (Linda); Bill Peters (Micki) and Rick Peters all of Sioux Falls SD.
Scott was preceded in death by his parents, Ray and Evelyn; brother, Mark Peters and father-in-law, Derald Deal and mother-in-law, Marcelene Deal.
To order memorial trees or send flowers to the family in memory of Scott Peters, please visit our flower store.