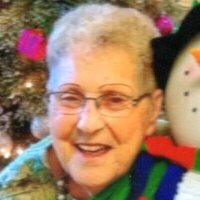 Ruby Wiley, age 87 has moved onto to her perfect ageless life at home with The Lord Jesus November 28, 2020.

Ruby was born to Emanuel and Carolina (Junkert) Vilhauer in 1933.  In her young adulthood, Ruby ventured to the Tacoma WA area where she married Bob Wiley on January 2, 1954.  Then shortly thereafter moved to Aberdeen, SD where they raised their 3 children.

Ruby was a stay at home Mom until the children were in school full time.  Then she worked for the State of SD with the Homemaker Program, Meals on Wheels program and later was employed in various positions at Dakota Midland Hospital in Aberdeen, SD.  Later in years Bob and Ruby moved to Sioux Falls, where Ruby cared for her husband and served as a Senior Companion for many years.  Bringing friendship and joy to many through her visits.

Ruby enjoyed spending time with her family and friends, flower gardens and crafts.

Ruby was preceded in death by her husband of 53 years Bob, four brothers, one sister and her parents.

On the video below, the first 9.5 minutes is visitation time.

To order memorial trees or send flowers to the family in memory of Ruby Wiley, please visit our flower store.