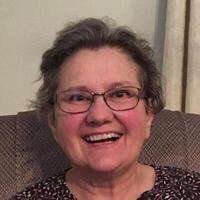 Roswitha Heidi Kim Heldenbrand, 63, was a loving mother and wife.  She was born to Gustav and Frieda Stefani in Sioux Falls on August 25, 1957. She was one of seven children, Marianne, Sabina, Edmund, Dietmar, Robin, and Gerald.

Roswitha passed away December 18 at her home in Dell Rapids after several years battling a rare neurological disease with her family by her side.
Roswitha married Lance Heldenbrand on March 21, 1975 in Sioux Falls and had two children Amanda and Calvin.
The family moved to Aberdeen for work in 1980.  Her education included an Associate of Science from Northern State University in Aberdeen.  She also worked outside the home for a computer component company, and they owned and operated several businesses over the years.  The family also moved to Rapid City, SD; New Castle, Wy; and later to Dell Rapids to be closer to family. The last 16 years Lance and Roswitha were trucking owner-operators and trucked around the midwest together.
In her free time, Roswitha enjoyed sewing, cooking, stained glass, and gardening, and scuba diving. She always looked forward to traveling to Hawaii and the Carribean in the winters.  She was great at organizing and hosting family events.
Roswitha will be missed by her husband Lance; children Amanda of Dell Rapids and Calvin (Jamie), grandchildren Hayden and Nolan, West Fargo, ND; Sharon Heldenbrand, Sioux Falls; stepdaughter Tomi Hagan and family of Princeton, MO; and all of her nieces and nephews.
Roswitha was preceded in death by her parents and brothers: Edmund, Dietmar, and Gerald.
To order memorial trees or send flowers to the family in memory of Roswitha Heldenbrand, please visit our flower store.