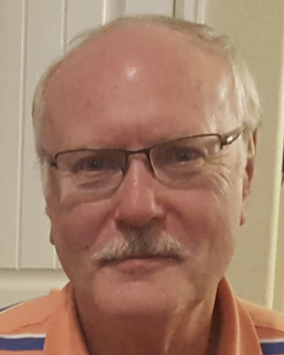 Roger Dean Faulkender, the son of Merle and Frances Faulkender, was born April 19, 1953 in Spencer, IA. His childhood was spent in Fostoria, IA and later graduated from Milford High School.

It is with great sadness that we announce the passing of Roger on Friday, December 16 at the age of 69. He is survived by one daughter and one son: Jennifer (Faulkender) Rasmussen of Sioux Falls, SD, Jeffrey (Melanie) Faulkender of Colorado Springs, CO; 8 grandchildren; 3 great children; his brother Robert (Sharon) Faulkender of Spencer, IA; sister-in-law, Ardelle Faulkender of Spencer, IA; former wife and mother of his children Joann (Faulkender) Shaw and many nieces, nephews, great-nieces, great-nephews, friends, and former co-workers.

He was preceded in death by his parents, his sisters, Delores (Ellenwood) Sebastian, and Ruth Ann (Faulkender) King his brother Marvin Faulkender, and other family members and special friends.

Roger had a passion for taking care of others as a healthcare provider and spent over 30 years working at the University of Iowa Hospital, Sanford Medical Center, and Avera Hospital. He enjoyed spending time with his children and grandchildren. He always welcomed a good cup of coffee and conversation.  He often loved to discuss history, Iowa Hawkeye sports, The Minnesota Vikings, and the Winged Outlaws race cars. He spent some of his free time reading scripture and watching Westerns. Roger was a very spiritual man and avid collector of various religious artifacts and Eagles, as they signified Gods love. Roger had a kind and giving soul, a genuine smile and was always willing to help others in need. He gave the best hugs by those who knew him best.

A graveside service by David Ellenwood (nephew) will be held in the spring in Langdon, IA.

To order memorial trees or send flowers to the family in memory of Roger Faulkender, please visit our flower store.