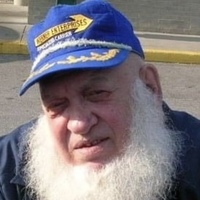 Bob was born July 24, 1945 at Huron Hospital in Huron, SD.  Shortly thereafter, he moved to Minnesota where he was raised by his grandparents, David and Cora Rand. After their passing, he moved to Wolsey, SD to live with his Uncle Lloyd and Ruth Rand and finish high school. He met his future wife Delores (Dee) Eichstadt at St. John’s Lutheran Church in Wolsey. They were married September 5, 1965 at the same church where they met. Not long after, they moved to Colorado Springs, CO where they started their family.

Bob was a hard worker, sometimes working more than two jobs to provide for his family. He was an iron walker on the construction site of the Holly Sugar building in Colorado Springs by day and a night time custodian for one of the local high schools.  He was never an idle-type person, always working at something; always showing us that no matter what the task, do it to the best of your abilities.

Moving back to South Dakota, he started a driving job with Zip Feeds and eventually settled his family in Virgil. After some years, it was time for a change and he took a job at Huron Dressed Beef and then Telelect. When his kids were a bit older he went back to trucking. After a bit, and the kids were dependent, Dee attended trucking school and joined him. They were team drivers until they retired. He (they) had many awards for safety, number of miles driven and on-time deliveries.  He finished out his distinguished career driving, retiring from Werner Enterprises.

In retirement, Bob returned to his love of woodworking. He had the ability to turn his visons into great works, whether it was furniture, yard decorations, gardening carts or just improving upon something that already existed. If you needed something, just mention it and he would create a sketch and go from that.  There wasn’t much Bob did not know how to make or fix. As a homeowner, there was never a plumber, electrician or handyman that needed to be called-he was it.

In his later years, Bob taught himself how to scroll and spent many hours using his skills to make wooden plaques, awards, gifts, etc. He worked in his garage facing the street so had many visitors stop by curious as to what he was working on every day and for some conversation. He was also a fountain of information if you needed to know how to do things. He also helped his neighbors in mowing their lawn and clearing their driveways and sidewalks in the winter.

Bob was a great Husband, Father, Grandfather and Friend.  He is greatly loved and will be greatly missed.

To order memorial trees or send flowers to the family in memory of Robert Chapman, please visit our flower store.