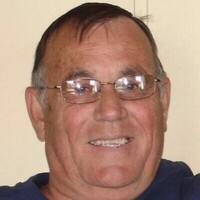 Richard B. Vermeulen, 77, of Sioux Falls, SD passed away at Sanford Hospital January 7, 2021. Due to the current pandemic, the family will hold a memorial service and celebration of life at a later date, so all of Richard’s loved ones are able to attend.

Richard was born February 8, 1943, in Mitchell, SD to Bernard and Wilma Vermeulen. He grew up in Letcher, SD and married Myrna Case on April 29, 1961. He worked for Terrace Park and later owned Dick’s Cafe. Throughout his life he enjoyed fishing, snowmobiling, golfing, and playing cards.

Richard was preceded in death by his parents, brother Tom Vermeulen, and his beloved dog, Mocha.

To order memorial trees or send flowers to the family in memory of Richard Vermeulen, please visit our flower store.