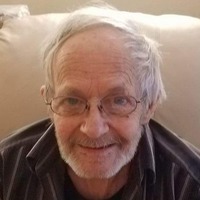 Richard Niewald was born on March 2, 1946 in Sioux Falls, the son of Harvey and Ruby (Harmer) NIewald. While Richard was growing up, the family lived and farmed in the Hartford, Humboldt and Chancellor areas.

Rich married Julie Lovaas on October 15, 1982 and they live in Sioux Falls. As a young man, Rich worked as a truck mechanic and then drove truck for Boltes Sanitation for many years. Later, he was employed in the maintenance department at the airport.

Rich enjoyed country music and watching the Walker Texas Ranger tv show. He always had his favorite snacks nearby, Mt. Dew and Doritos.

Rich passed away on December 3, 2019 at the Good Samaritan Home in Lennox.

He is survived by a sister, Gail Niewald;  four step-children, Cheryl, Dawn, Donna and Dick; grandchildren and great grandchildren; and many extended family and friends;

Rich is preceded in death by his parents; wife, Julie in 2016; and a sister, Diana.

To order memorial trees or send flowers to the family in memory of Richard Niewald, please visit our flower store.