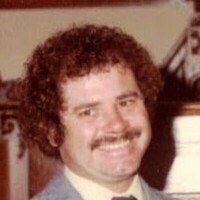 Richard was born on September 3, 1948 in Madison, South Dakota, the son of Martin and Eilene (Carmody) Nelson. He graduated from O'Gorman high school in the class of 1967. He served in the US Coastal Guard for 4 years and took great pride in serving during the Vietnam War. Most of his service time was on ice breakers in the Arctic. He was president of Nelson Construction and later worked for Kingsberry rural water.

Richard married Mary Nelson with whom he had three children, Ryan, and twins Aaron and Robin, who he loved very much and took exceptional pride in. Later on they were divorced.

He was loved for his easy going sense of humor. When his children were growing up he would poke fun at his own pot belly, saying he used to have a battle ship tattooed in his stomach, but then it sunk. Rich employed this sense of humor in his insatiable flirt campaigns, bringing smiles (and perhaps some blushes) to most women who spent more than a moment within verbal range.

His deep sense of justice and attention to local and world affairs spurred him to run for mayor in 1994 with a campaign that focused on the common person and re-building people's trust in government.

Rich was 74 years old when he passed away on October 9, 2022 at Avantara Norton Nursing Home in Sioux Falls.

To order memorial trees or send flowers to the family in memory of Richard Nelson, please visit our flower store.