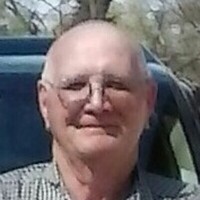 Richard was born on Jan. 10, 1938 at Vermillion, SD, the son of Kenneth and Vera (Friman) Lineback. Dick graduated from Viborg High School in 1956 and attended college at Springfield, SD for two years. While Dick and his cousin were attending "hard times" dance at the Arkota Ballroom, he met Ona Hotchkiss. Dick married Ona on August 3, 1962.

Dick was employed at O'Gorman High School as a maintenance engineer for 25 years. He passed away at his home on Feb. 18, 2022 with Ona and Sandy at his side. HE and Ona were married for 59 1/2 years.

He is survived by his wife, Ona; three children, Sandy Lineback of Sioux Falls, Sherrie Lineback of Milwaukee, WI and LeRoy (Joan) Lineback of Richlands, NC; and a grandson, Jonathon Lineback; his aunt, Darlene Hagen; and many extended family members. He is preceded in death by his parents, Kenneth and Vera; and two sisters, Jackie Breen and Bobbie Evenson.

Memorial services will be 1:00 pm on June 23, 2022 at Chapel Hill Funeral Home and interment at Viborg Baptist Cemetery.

To order memorial trees or send flowers to the family in memory of Richard "Dick" Lineback, please visit our flower store.