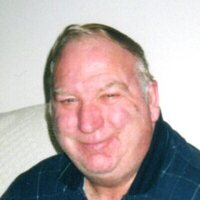 Richard was born on January 22, 1944 in Sioux Falls, the son of Enna and Florence Javers. He attended Washington High School and earned a GED while in the US Navy Reserve. He was called into active duty with the Navy for two years.

After his discharge from the Navy, Richard returned to South Dakota and attended Southern State College in Springfield. He was a teacher and coach for many years, serving in the Menno and Parker school districts. He also had a small farm near Parker. In the 1980's, Richard worked for American Freight Company. Later, he worked at the Waldorf in St. Paul, Minnesota.

He married Ruth in 1990 and they lived in St. Paul. In 1993, Richard purchased a campground at Fairmont, Minnesota. For several years, Richard worked in St. Paul and then would travel back to live and work at the campground on his days off. He made the campground his full-time job in 1999. He moved to Sioux Falls in 2007 and turned the operation of the campgrounds over to his son, Rick in 2008.

Richard loved the outdoors and hunting.

He is survived by his wife, Ruth; his children; Rick of Fairmont and Jason of Houston, TX; step-son, Paul Stratmeyer; 5 granddaughters and 2 step-grandchildren; and a sister, Joan Schavee of Kansas. Richard is preceded in death by his parents; a daughter, Kim; a sister, Betty Groth; and 2 nephews.

To order memorial trees or send flowers to the family in memory of Richard Javers, please visit our flower store.