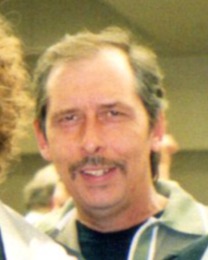 Richard was born on September 30, 1964 in Cheyenne, Wyoming, the son of Eugene and Janice (Zeman) Hickey. Gene worked for the Boeing Aircraft Company in Seattle and the family moved quite often. In 1969, they moved to the Sioux Falls area where they raised their four children. Rich attended West Central High School.

Rich worked at Wall Lake Oil Company in his early 20’s and later at John Morrell Company. He learned the skills necessary to work in the construction and building industries. Rich worked as contractor for several builders and worked on many homes and commercial projects in the area.

Rich was and avid outdoorsman and enjoyed hunting and fishing. His favorite spots for fishing were at Lake Thompson and on the Missouri River near Chamberlain. He didn’t venture quite as far for hunting as he found good areas around Baltic and Madison.

Rich married Terri in 2005 and they had two sons, Nathan and Alex. He enjoyed watching them participate in school sports.

He is survived by his sons, Nate and Alex; two grandchildren; three siblings, Darral (Julie) Hickey, Dorothy Irvine, Debbie (Jeff) Entringer; and numerous nieces and nephews. Rich is preceded in death by his parents.

To order memorial trees or send flowers to the family in memory of Richard Hickey, please visit our flower store.