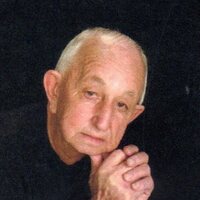 Ray was born in Waubay SD to Marie (Leimkuhl) and Julius Schmig. Ray’s mother passed in 1939 when he was just 5 years old.  His father, Julius passed away in 1960.  Ray’s 12 siblings, 7 boys (2 babies, Harry, Floyd, Harold Orville & Earl) & 5 girls (Opal, Violet, Lorraine, Alice and Ruth) (all having now preceded him in death) helped raise him. Opal guided his spirit, Vi made sure he was fed and clothed, Alice & Ruth made sure he walked a proper line. His brothers taught him the value of hard work and how to play. His brother, Harold, got him his first paying job at 14 building roads in South Dakota. His best friends growing up were his nephews, Gerald Schmig (Floyd) and Melvin Gilberts (Vi)

Ray moved to Sioux Falls in early 1950’s where he started working at Fenn’s Bros as Assistant Candy Cook until drafted into the Army in 1956. After military service, he worked for Manchester Biscuits as an honest to goodness “dough boy”.  He put the cracker dough in the oven.

When he returned to Sioux Falls from military duty he married, Bonnie (Maxwell) and they had a son, Calvin.  While Cahl was growing up, Ray and Cahl worked side by side doing odd jobs like yard care and cleaning rentals for various businesses and individuals evenings and weekends.

Also during that time, Ray and his brother in law, Kenny Gilberts (Vi) did odd jobs such as loading potatoes and helping install bleacher steps at Husets Speedway. They carried buckets of cement to the sections.

From there they both worked at Wilson Trucking as loaders. Through the years, Wilson Trucking led to a job as city delivery driver for American Freight where he worked for 27 years. Ray was a proud member of Teamsters Local Union # 749 along with his great friend, Gene Tooley (Smokey). After American Freight closed, Ray went to work at Target, Sioux Falls Structures, University of Sioux Falls and Burger King on North Minnesota Ave before finally retiring from the work force. He was fondest of his “Mop Jockey” position at USF in the Stewart Center where he enjoyed conversing with many young athletes. His advice to them was “It only takes one point difference to win the game – unless it was volley ball – then you need two”.

Ray did return home to Waubay for a few years as a part time resident.  With the help of his sister, Ruth and her husband Henry, their daughter Nancy and Tim Nicolai, a cabin was built on the shores of Blue Dog Lake and enjoyed for many years.  Ray called it a “Garage on steroids”.  Ray and Mel would spend hours sitting at the end of the dock talking about good times and watching the lake.

His hobbies were Camping (owning many motorhomes over the years) and fishing. Or as he liked to call it “teaching worms how to swim”.  His favorite camp site was at Lagoons RV Resort in Rockport TX.  In the Gulf of Mexico, at Goose Island State Park in Lamar, TX he even taught a few shrimp how to jump.

One of the last few statements Ray made was he met a lot of good people along the way and is glad to have done so.

To order memorial trees or send flowers to the family in memory of Ray Roy Schmig, please visit our flower store.