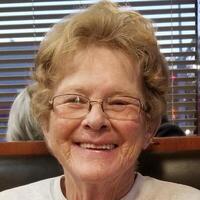 Phyllis Marilyn Ruby, age 73, passed away peacefully on Thursday, March 17, 2022, at her home in Sioux Falls, SD. Memorial services celebrating her life will be at 11:00 AM on Friday, April 1, 2022, at East Side Lutheran Church in Sioux Falls and on Friday, April 22 at 10:00 AM at Pathways Church in Goddard Kansas. live streaming of the service can be seen at East Side Lutheran Church on Facebook and Youtube.

Phyllis was born in Sioux Falls on February 28, 1949, to Johnnie and Manda (Sween) Nessan. She was baptized at East Nidaros Church and confirmed at East Side Lutheran Church. Phyllis attended high school in Sioux Falls and was very proud to later receive her GED. On March 20, 1966, Phyllis married Lester Gillette and her beloved son Destry was born to this union. Phyllis later married Roger Cox.   In 1980 she married Gary Ruby and after his death in 1997, she moved to Cheney, Kansas for her step daughter Teri.  She was very instrumental in caring for Gary’s granddaughters Kacey and Skyy Krenzel. She attended Pathway Church in Goddard, Kansas and was baptized there in in 2019. She and sister Bonnie were often together.

Phyllis was a very caring, compassionate CNA for nine years at the Little Sisters of the Poor in Evansville, Indiana and for twenty years at the Golden Age Nursing Home in Cheney Kansas. Throughout her life she graciously cared for those needing help in numerous ways. She shared her Christian faith without embarrassment and always said “God Bless You” whenever she met someone or visited any business as she was passionate about her love of the Lord and so looked forward to joining Him. Listening to her Christian music was one of her biggest sources of comfort.

Phyllis was preceded in death by her parents, her brother Allen, and husbands Lester Gillette and Gary Ruby.

To order memorial trees or send flowers to the family in memory of Phyllis Ruby, please visit our flower store.