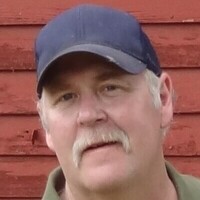 Chip Clelland age 56 of Sioux Falls, SD passed away unexpectedly February 14, 2021.  The family is planning a private service at a later date with burial at Riverside Cemetery in Pierre, SD.

Pereley James “Chip” Clelland was born on September 3, 1964, to Pereley and Regina Clelland in Pierre, South Dakota. He attended school in Pierre through high school, graduating in 1983.  He married Sandra Kay Carpentier in 1992 and in 1993 they had twin girls, Lindi and Jessica. They divorced in 1997.

Growing up, Chip could often times be found in the back yard playing basketball, whether it was with his brother, or when friends dropped by for a Pick-up game. He participated and excelled in all Pierre High School sports.  He enjoyed playing softball and was 2nd in the State High School shot-put in 1983. He was especially proud to be on the Pierre Governor’s basketball team throughout high school, playing in the state championship games and on the team that won the state basketball championship in 1982. He enjoyed fishing and hunting with his Dad, brothers, and his friends.

Chip worked at SYNCOM Technologies and Dakota Pork in Mitchell.  He worked as a stocker at the Pierre Walmart and various construction jobs.

He is survived by his daughters, Jessica and Lindi of Mitchell, his grandson Carter, his brother Dale (Mary) Clelland of Rapid City, his sister Susan (Mark) Kemper of Lino Lakes, Minnesota, brother Jeff (Cindy) Clelland of Pierre and Aunt Helen Dutt of Pierre and many nieces and nephews.

He was preceded in death by his former wife, parents, and nephew, Matthew Kemper.

He will wipe every tear from their eyes, and there will be no more death or sorrow or crying or pain.  All these things are gone forever.

To order memorial trees or send flowers to the family in memory of Pereley "Chip" Clelland, please visit our flower store.