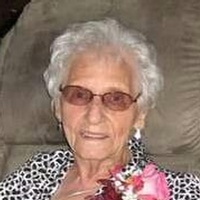 Ollie passed away on October 24, 2018 in Sioux Falls. Visitation will be 1 hour prior to the service on Saturday at 1:00 pm, East Side Lutheran Church, Sioux Falls.

She enjoyed keeping up on local/national news and politics and was an avid reader. Ollie’s children and grandchildren were her greatest joy.

She is survived by her children, Harry (Kathy) Kenn, Mark, Karen, Cheryl (Glenn) and Cherie (Matt); 15 grandchildren, 17 great grandchildren and 7 great-great grandchildren. She is preceded in death by her parents; both husbands, Walt and Frank; sisters, Florence and Hazel; brothers, Albert and Edward; daughter-in-law, Annette and a son-in-law, Jerry; and on infant son, Duane.

To order memorial trees or send flowers to the family in memory of Ollie Sorlie Henning, please visit our flower store.