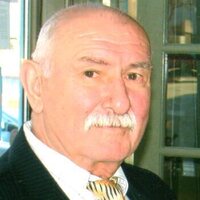 Milorad was born in Sibenik, Croatia on April 12, 1937, the son of Milan and Stana Popovic. He attended school at Sibenik.

Milo moved to Switzerland where he attended cooking school. After cooking school, he worked as a chef at hotels in Italy and France for 12 years. He returned to live in Bosnia. While he was visiting a cousin in Osijiak, Coatia and looking for work, he met Katica Ceric. They were married in 1959 and lived on the Bonsian border. Milo opened a seafood restaurant just across the river in Novigrad, Croatia. He operated the restaurant until the war broke out. Milo and his family came to the United States in 1997.

Milo enjoyed life and liked to entertain his family and friends with food and drink. He loved playing with his grandchildren. He liked to go fishing in his spare time.

He is survived by his wife, Katica; three children, Damir (Gina) Popovic, Mira Bogunovic and Marica Golubovic; seven grandchildren, Damir, Aksander, Emily, Deadrian, Mirka, Marko and Radmila. He is preceded in death by his parents; a son, Zoran; and three siblings, Seka, Petar and Pero.

To order memorial trees or send flowers to the family in memory of Milorad Popovic, please visit our flower store.