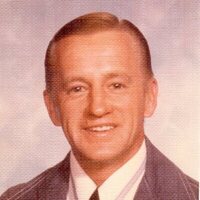 Melvin was born on August 16, 1933 in Volga, Sd, the son of Oscar and Leah (Brown) Lee. He grew up in Volga, graduated from high school, and attended votech school. He served in the US Army from 1955 to 1957 during the Korean War.

Melvin enjoyed fishing with his brother, Stanley, taking vacations with his family and playing cards.

He is survived by his wife, Mary; a son, Eric (Emily Davis) of Portland, OR; a sister, Marlys Bawdon (Roger) of Dallas, TX. He is preceded in death by his parents; 4 brothers, Eugene, Leon, Gordon and Stanley; and 2 sisters, Eunice Isackson and Hazel Schecher.

To order memorial trees or send flowers to the family in memory of Melvin Lee, please visit our flower store.