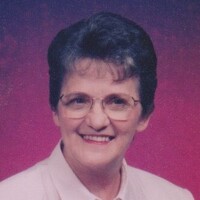 link to video recording of the service: https://www.tributeslides.com/tributes/show/TBYSMR7KLMQW2C93

On Monday, October 18, Mary Katherine Tramp, 85, went home to be with her Savior, her parents, Victor and Nona Kremer, her twin brother, Richard Kremer, his wife Jan, lifelong confidant and friend, Connie Meyer and her special friends, Kenny Bohner and Marv Menge. There will be a public visitation at Chapel Hill, on Saturday, November 6 from 2 – 4pm with a prayer service following at 4pm.

Mary was born on January 23, 1936 in Tracy, MN to Victor Kremer and Nona Buzzell. She attended weekly dances with her parents and performed with her twin brother, Richard. She and Richard were also cheerleaders together in high school.

After graduation, Mary moved to Minneapolis, MN where she worked as a secretary for the big shots on the top floor at General Mills. After her marriage to Duane J Tramp in 1955, she moved to Sioux Falls and worked at Midwest Beach. After her divorce in 1961, she worked at the Sunshine warehouse. She also has worked for the state of South Dakota, the Girl Scout Council, Family Services and Cigna Intracorp. Mary attended St. Joseph Cathedral and provided pies for the church dinners. You could often find her at the ironing board in her off hours as she worked to earn a little extra income to support her family.

Mary was blessed with three children, Kathy, Steve and Julie, nine grandchildren, seven great grandchildren with one more on the way, and two granddogs. Her family and dancing were the joy of her life.  She taught dance at Arthur Murray Studio back in the late 50’s and 60’s and frequented many dance clubs, the VFW, the Moose and arrived at Active Generations back in 2006. Since 2015, she has volunteered at the Active Generations to schedule bands for the weekly Tuesday night dances, to organize volunteers for signing in at the front door, cleanup, waxing the floor and to schedule the monthly birthday and anniversary celebrations.

To order memorial trees or send flowers to the family in memory of Mary Tramp, please visit our flower store.