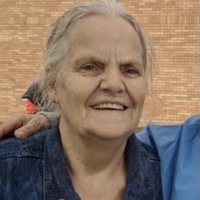 Mary was born on Feb. 15, 1941 in Sioux Falls, the daughter of Earl and Hazel (Kirback) Darrow. She was raised in Sioux Falls and attended public schools.

Mary began having children as a young woman and raised eight children. She worked at Sioux Valley Hospital for a few years. She then worked at Litton Industries in Sioux Falls for many years, retiring in 1992 when the plant closed. Mary also provided day care for her grandchildren.

Mary was a member of the Salvation Army and volunteered for many years. Mary enjoyed going thrift shopping and never passed up a good deal when she found it.

Mary was surrounded by family when she passed away on April 28, 2021 at her home in Sioux Falls.

To order memorial trees or send flowers to the family in memory of Mary Ann Thomas, please visit our flower store.