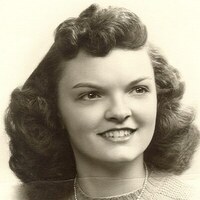 Mary Rose Hindt, age 92, died on Nov. 16 in Sioux Falls, SD, where she lived at the Good Samaritan Center.

She was born to Leo and Leona (Schrum) Babl in Carroll, Iowa, on Oct. 22, 1928. The family later moved to Rock Rapids, Iowa, where she graduated from Rock Rapids High School in 1946. She attended Iowa State Teacher's College in Cedar Falls, Iowa, and taught 4th grade for two years in Humboldt, Iowa, then married James White, who taught music in Rock Rapids. They moved to Maquoketa, Iowa, in 1954 and raised their four kids. In 1965, she returned to Rock Rapids, where she worked at Dewild, Grant, & Reckert for many years. In 1984, she married Charles Hindt and moved to Cupertino, Calif., where they had many good years together until Chuck's death in 2011. In 2012, she moved back to her hometown and lived there until ill health necessitated a move to assisted living in Sioux Falls.

Mary Rose was preceded in death by her parents and three brothers (Rich, Bob, Wally), two husbands, and many relatives and friends.

She is survived by her children: Jeff White in San Antonio, Tex.; Cathy Wubbena of Sioux Falls; Melanie White of Seattle, Wash., and Robert White in Bismarck, ND, as well as her grandchildren and great-grandchildren.

A memorial service celebrating her life is being planned by the family for a later date. Announcements will be made when plans are finalized.

To order memorial trees or send flowers to the family in memory of Mary Hindt, please visit our flower store.