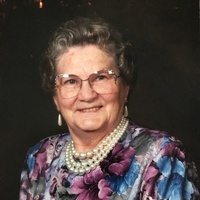 Mary was born in Avance, Meade County, SD.  She was the 14th of 15 children. All brothers, sisters and spouses except for Carl, the youngest at 92, have left this world. She lived at Avance for a few years and then in Hereford where she finished 8th grade – all in a one room school house, plus 2 years of high school in the same building.

As a family they were quite poor.  I believe Mom told me that Uncle Carl wrote so lightly with pencil that he could erase it and use the paper again for his school work. Their shoes had cardboard cutout and stuck in them because the soles were completely worn out.

They lived in Montana for a while as Dad worked for the Homestake Lumber Mill and then in Rapid City for the construction of Ellsworth Air Force Base until they moved to Hereford.  They lived in a tar paper shack with no insulation.  About two years later they moved to a small ranch farm.  The house still stands (24’x24’), two bedrooms, a small living room with a woodstove and a kitchen with a 3 foot counter. I have no idea how my Mom could cook there.  We lived there for two years until I was 7 and Elma 5. We then moved to another place where we attended Mom’s original school house.

In 1952, we moved to our next home – a large ranch north of Marcus and south of Faith.  She rode a big horse - “Speed” – all she had do was hang on and the horse did all the work.  Every cow did as Speed wanted or the horse would knock them down.

A funny thing happened when Dad bought two small Ford tractors.  When they were delivered, Elma  and I got to drive them in 1st or 2nd gear.  Then it was Mom’s turn.  She put it in 4th gear and took off.  After several trips around the buildings at full speed – 14 mph, she shouted out, “How do I stop this damn thing?”  Elma and I had never heard our Mom say something like that before.  Obviously, I haven’t forgotten it.

From that ranch Dad went to work on road and gravel construction near Volunteer, SD.  For the rest of Dad’s career, they traveled by motor home wherever the work led them. Sioux Falls became home base.  Mom cooked for about six of the construction men and during the winter she worked at McKennan, as well as waitressing. Later, she had a day care and then took care of senior ladies until she couldn’t do that any more.  Mom was a very dedicated, hard worker.

Mom’s last 10 years have been in several nursing homes.  We rejoice that she is now in her everlasting home with the Lord.

Personal note: Please forgive me if I have not remembered details that were before my time.

Thank you and special blessings, Duane (and to those who knew me as a kid, “Buck”).

She was preceded in death by her daughter, Elma and granddaughter, Mari.

To order memorial trees or send flowers to the family in memory of Mary Lucetta Arneson, please visit our flower store.