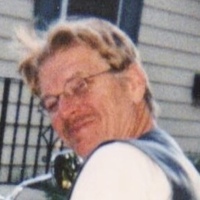 Martin was born to Marlene and Gene Fisher on August 20, 1955 and at age 14, he was adopted by Glen Boscaljon. Martin was raised in Sioux Falls and graduated from Garretson High School in 1974.

Martin joined the US Army in 1975 and was stationed in Alaska and Seattle, Washington. After his military service, he worked the front desk for several motels, was employed at casinos in Reno, NV, and then spent many years working for a mining company in Gillette, WY.

Martin had two children during his union with Chris Mager Wevik. He had a passion for motorcycles and enjoyed many Sturgis Bike Ralleys.

Martin is preceded in death by his fathers, Gene Fisher and Glen Boscaljon; his grandparents; and two uncles.

To order memorial trees or send flowers to the family in memory of Martin Giles Boscaljon, please visit our flower store.