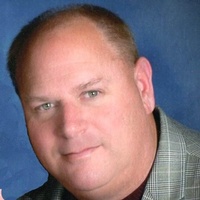 Mark was born April 12, 1960 in Joliet, Illinois, the son of Richard and Dorothy (Swanson) Skinner.  He grew up in Crest Hill and graduated from Lockport Sr. High School.

He attended Illinois State University for a few years before entering the Air Force. He was stationed at Chanute AFB, Rantoul, Illinois were me met his wife, Connie (Ingalls) Skinner.  Mark and Connie were married on October 12, 1985.  They moved to Sioux Falls, South Dakota where Mark worked for Business Archives.

Mark enjoyed gardening, cooking, wood working, and spending time with his family, especially coaching his son Matthew. He was a fan of the Sioux Falls Stampede and big Ten sports - GO ILLINI!  He was a member of the Hilltop United Methodist Church.

He is preceded in death by his parents; father-in-law, Rowland Ingalls; and aunts and uncles.

To order memorial trees or send flowers to the family in memory of Mark W. Skinner, please visit our flower store.