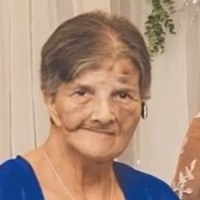 Maria was born March 11, 1943 at Belcourt, ND, the daughter of John and Cecelia (Harvey) Parisien. She grew up at Dunseith, ND.

As a young woman in her 20's, Maria worked at the state hospital in Yankton. While working in Yankton, she met Gerald Buchholz. They were married on March 15, 1968. Gerald was in the military and they lived at Ft. Bragg for a short time before living in Sioux City and later at Jefferson, South Dakota. Maria worked at Zenith in Sioux City and then stayed at home raising and caring for her children.

Following her divorce in 1989, Maria attended Western Iowa Technical College and completed a nursing degree. She moved to Sioux Falls and worked as an LPN at the South Dakota State Penitentiary, at several nursing homes in Sioux Falls and as a traveling nurse in Minneapolis. She retired in 2008.

To order memorial trees or send flowers to the family in memory of Maria Loretta Buchholz, please visit our flower store.