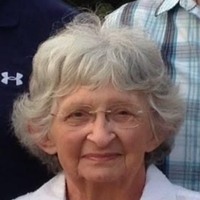 Margaret Ellen (Scotter) Eid, 80, of Sioux Falls formerly of Huron, passed away peacefully surrounded by her children on April 30 at Tieszen Memorial Home in Marion.

Celebration of life and memorial service will be held at 2pm Saturday, May 22nd at Riverview United Methodist Church in Huron.

Margaret was born in Huron to Elmer and Flora (Holforty) Scotter on December 16, 1940. She grew up on a farm and attended a country school south of Huron. She graduated in 1958 from Huron High School. She became a teacher and taught in Ellendale, North Dakota then chose to go back to school. She earned a nursing degree at Dakota Wesleyan and a degree in Chemistry at SDSU in Brookings. Additionally, Margaret completed a Medical Technologist certificate St. Johns Hospital, now Huron Regional Medical Center. She worked at the hospital for over 35 years.

She married Marvin Eid and they raised their children in Huron. After retiring, Margaret moved to Sioux Falls. She enjoyed traveling, including Hawaii and a Bahama cruise. She had a special interest for writing short stories and especially liked antique shopping. But her biggest love was for her children. She was a wonderful cook who always made sure they were well fed, including their friends, and anyone who walked in the door.

Margaret is preceded in death by her parents, Elmer and Flora Scotter, her grandparents, aunts and uncles.

The family of Margaret wishes to extend their sincere thanks to her family at Tieszen Memorial Home and  Aseracare Hospice.

To order memorial trees or send flowers to the family in memory of Margaret Eid, please visit our flower store.