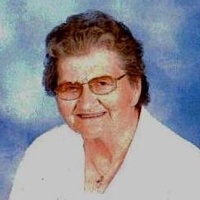 Mabel Caldwell passed away peacefully with family at her side on Nov. 8,2018 at the Arizona Heart Hospital.

Mabel was born May 5, 1933 in Sioux County, North Dakota, the daughter of Fred and Edna (Hulbert) Butts. Her family moved to Madison, South Dakota in 1937 where Mabel attended school and graduated from Madison High School in 1952. She married Donald Rowland in 1952. They had three children together and divorced in 1959.  Her other marriages were to Earl Rans who passed away in 1973 and to Keith Caldwell.

Mabel volunteered at Active Generations and was an active member at Emmanuel Baptist Church. She enjoyed camping, fishing, cooking, playing dominos, cards, crochet and embroidery, gardening and doing crossword and jigsaw puzzles. She loved getting together with family and friends and playing board games. She will be remembered for her cheerful smile, fun nature, hard work, and the many friendships she cherished.

She is survived by her children Rich Rowland of Sioux Falls, Kathi (Dave) Stewart of Minneapolis, Mn., and Deb Rowland of Phoenix, Az; five grandchildren and eight great grandchildren. She is preceded in death parents; and siblings, Tillie Beldin and Bob Butts.

Memorials may be directed to the Multiple Sclerosis Society.

To order memorial trees or send flowers to the family in memory of Mabel Caldwell, please visit our flower store.