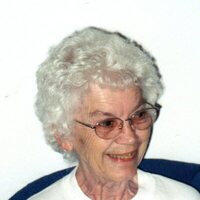 Lenora was an avid reader.  She especially liked old romance novels.  She was an amazing seamstress.  There wasn’t anything she couldn’t make or fix.  She liked to play the nickel slots, even if she didn’t win.  Lenora ALWAYS enjoyed a good Coca-Cola.

To order memorial trees or send flowers to the family in memory of Lenora McMillan, please visit our flower store.