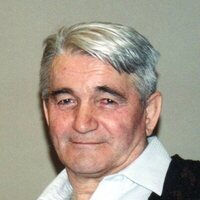 Lazar Spiric was born on April 30, 1939 in Zehovina, Bosnia and Herzegovina. He grew up and attended school in Zehovina.

Lazar married Zora Markovic in 1963 and they lived in Zehovina where they raised two children. He was a mechanical supervisor at the Zeljezara Zenica steel mill in Zenica for 40 years. Lazar came to the USA in 2003 and settled in Sioux Falls.

He enjoyed taking walks and being outdoors, watching movies and comedy shows, and listening to music from his home country.

Lazar was 81 years old when he passed away on February 3, 2021 at the Avera Mckennan Hospital in Sioux Falls.

Lazar is survived by his wife, Zora; two children, Mirko and his wife, Rada, and Mira Mehic; grandchildren, Maja and Andjela; and a great grandchild, Emilija.

Service will be 1:00 pm Saturday, February 6 at the Transfiguration Greek Orthodox Church, Sioux Falls, with visitation starting at 12:30 pm. Interment at Woodlawn Cemetery.

To order memorial trees or send flowers to the family in memory of Lazar Spiric, please visit our flower store.