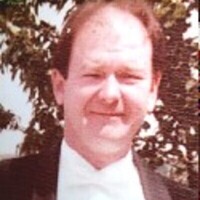 Ken Brintnall, age 67, entered eternal life on Wednesday, August 18, 2021 in a small town in South Dakota, during one of his numerous road trips, his favorite retirement activity, accompanied by his dear pets, Cora and Callie.

He enjoyed the company of many friends who will miss him and especially those who he saw most often & who have helped the family since his passing –  Wally Simonic, Russell Ledwa and Ken’s lifelong friend Billy Meads (who is now caring for Lucy, Ken’s parrot).  Closest to Ken were the neighbors who he helped and who helped him, most especially Annie (who will now care for Cora and Callie) and Joanne. Special thanks to cousins Linda and John Wason and Joe and Bianca Klinker for your generosity in helping us during this difficult time in our lives.

Ken retired as a Carpenter from Caterpillar in Joliet, February 2005 after 30 years. His passion for creative activity and building with woodworking became his hobby.

Ken will be greatly missed by everyone who knew him and his beloved pets. He will hold a special place in our hearts and our memories!

Interment was held at Woodlawn Cemetery in Joliet, IL.

The Lord is my Shepherd; I shall not want.
He maketh me to lie down in green pastures:
He leadeth me beside the still waters.
He restoreth my soul:
He leadeth me in the paths of righteousness for His name' sake.

Yea, though I walk through the valley of the shadow of death,
I will fear no evil: For thou art with me;
Thy rod and thy staff, they comfort me.
Thou preparest a table before me in the presence of mine enemies;
Thou annointest my head with oil; My cup runneth over.

Surely goodness and mercy shall follow me all the days of my life,
and I will dwell in the House of the Lord forever.

Our Father who art in heaven, Hallowed be Thy name.

Thy kingdom come.
Thy will be done,

On earth as it is in heaven.

Give us this day our daily bread.

And forgive us our trespasses, as we forgive those who trespass against us.

And lead us not into temptation, but deliver us from evil.

For Thine is the kingdom, and the power, and the glory, forever. Amen.

To order memorial trees or send flowers to the family in memory of Ken Brintnall, please visit our flower store.