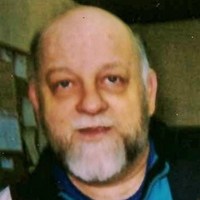 John was born July 19, 1946 in Webster, South Dakota, the son of John and Cecilia (Dolney) Sichmeller. He grew up at Webster and graduated from Webster High School in1965.

John farmed for 10 years north of Webster. He moved to Sioux Falls and worked at Larry’s Amoco for 5 years. He then owned and operated the Pawn Shop at 329 S Minnesota Ave for 20 years until he retired in 2016.

John is preceded in death by his parents and a brother-in-law, Willis Fisher.

Per John's wishes, no formal services are planned, but the family will hold a gathering for friends and family in the near future. Please check back for time and location

To order memorial trees or send flowers to the family in memory of John Sichmeller, please visit our flower store.