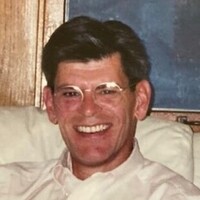 John was born April 3, 1954, the third child of Grace Anne and Robert C. Heege of Sioux Falls. He graduated from Washington High School in 1972. His education continued at Sioux Falls College, Yankton College, and USD Law School where he received his law degree in 1985. His father swore him into the South Dakota Bar in September 1985, along with some of his classmates. This group of friends, with attorneys now prominent in South Dakota legal and judicial circles, has endured through the years.

John’s legal career took him across his native South Dakota. He worked in Pierre for the Commissioner of Insurance, Rapid City, Aberdeen, and Huron before returning to Sioux Falls. His career in Sioux Falls included work at Heege & Keller, solo practice with his father, and a stint as Business Manager at Stubbe & Associates.

John and Karen Bernard were married on a perfect September day in 1993. Their beloved daughter Margaret joined them in April of 1998. John and Karen later divorced, and maintained an amicable and supportive relationship.

John loved tennis and golf and was an active participant in both in his younger days. He enjoyed watching golf on the weekends and for many years tended an enviable garden at his home at 22nd and Main in Sioux Falls. John was interested in family genealogy and was proud to hold onto many of the family treasures, each with a story he would share. He was a life-long member of First Presbyterian Church, and his faith was very important in his life. His politics were fiercely progressive.

John’s last decade was marked by numerous health challenges. The ministrations of his confidante and physician Dr. Todd Sorensen got him through many crises during that time. John died on March 9, 2021.

John was preceded in death by his parents, Grace Anne Heege and The Hon. Robert Heege. He is survived by his daughter Margaret, former wife Karen, brother Peter (Nancy), sister Katie Thompson (Roger), as well as cousins, nephews, nieces and dear friends scattered throughout the US.

A private memorial service and inurnment in Woodlawn Cemetery is planned for Saturday, March 13, 2021, at 10:30am with live streaming available at fpcsiouxfalls.org.

Rest in peace and love, John.

To order memorial trees or send flowers to the family in memory of John Heege, please visit our flower store.