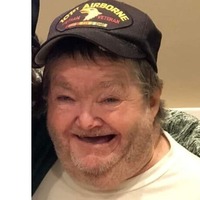 Joe served in the US Army during the Viet Nam War from 1969 until 1971 when he was injured and discharged with a permanent disability. Joe worked with a bridge construction company from Minnesota for a few years. Joe married Roxanne in March of 1982. He stayed at home and helped raise their daughters allowing Roxanne to work outside of the home. Joe loved fishing, camping, traveling and spending time with his family.

Joe was a member of the American Legion Post in Brandon and the Disabled American Veterans Chapter in Sioux Falls.

He is survived by his wife, Roxanne; three daughters, Pebbles (Roxanne) Al-idani, Paula (Bill) Thompson and Carla (Neil) Erickson; 12 grandchildren and 9 great grandchildren. He is preceded in death by his parents, Vernus and Russell; a sister, Pearl Hubert; a brother and best friend, Mick Melcher; and a nephew, Brian Hubert.

To order memorial trees or send flowers to the family in memory of Joe Melcher, please visit our flower store.