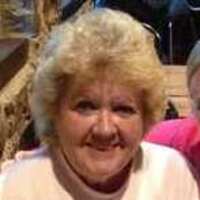 Joann “Jo” was born on September 22, 1950 in Sioux Falls, the daughter of Merle and Mary (Gacke) Cunningham. She grew up in Sioux Falls and attended Lincoln High School.

After high school, Jo worked at Omar’s and Sunshine Foods. She then worked at Service First Federal Credit Union performing asset recovery. Jo enjoyed the exciting part of the job tracking down the vehicles rather than sitting behind a desk. After 10 years at the credit union, Jo took the bold step of starting her own company, JW Services, which is a process serving company for legal documents. She got her children, Cory and Cami, involved and it quickly became a family business. She was a feisty and tenacious person when it came to getting the job done. Jo was active in the business for 27 years. Her children will continue to operate the company.

Jo married Richard Brinkman on May 2, 1997. They and their families enjoyed vacationing in the Black Hills where they have rented cabins for many years.

Jo loved spending time with her grandchildren. She liked attending the Renaissance Festival, reading and was always ready to cook for the holidays. Jo couldn’t pass up a good deal when it showed up on QVC. Jo was a member at Augustana Lutheran Church.

Jo was surrounded by her family when Jesus called her home on March 21, 2021 at the Sanford USD Medical Center.

She is preceded in death by her parents, Merle and Mary; and two siblings, Ron and Bonnie.

Memorials are preferred in lieu of flowers.

To order memorial trees or send flowers to the family in memory of Joann "Jo" Brinkman, please visit our flower store.