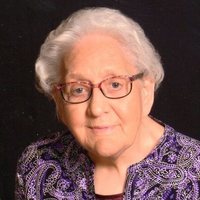 Jennie was born on June 1, 1932 at Alvord, Iowa to Gerrit and Elizabeth (Roseboom) VanDenTop. She attended school country schools at near Alvord and Inwood, Iowa.

Jennie was united in marriage to Ronald Brower on November 21, 1952 at the home of the bride’s parents. She worked as a CNA, at Campbells Soup Co. and was a volunteer at Tuff Home in Hills.

She was a devoted member at Bethlehem Lutheran Church in Hills. Family was important in her life and she enjoyed being with them. Her favorite past time was outings with her best friend, Anna Shouwenberg.

To order memorial trees or send flowers to the family in memory of Jennie Brower, please visit our flower store.