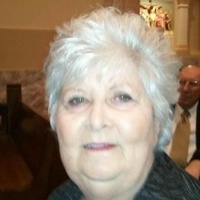 Janice was born on November 18, 1941 at Chamberlain, South Dakota, the daughter of Vernon and Lorraine (Toupal) Zeman. As a young girl, she grew up with her family on a farm in Bijou Hills near Chamberlain.

In 1951, the family moved into Chamberlain where Janice attended school. After she graduated from high school, Janice worked at Fuller Drug Store. Janice married Eugene Hickey on February 27, 1960 in Chamberlain. Gene worked for the Boeing Aircraft Company in Seattle and they moved quite often. In 1969, they moved to Sioux Falls where they raised their four children. Jan worked at Lewis Drug for several years and then went to Nursing Aide School. She worked at Bethany Nursing Home before she retired.

Janice's greatest love was her family. She was 77 years old when she passed away on February 23, 2019.

To order memorial trees or send flowers to the family in memory of Janice Hickey, please visit our flower store.