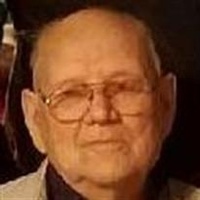 We're sorry to announce the passing of Henry Lentsch, the patriarchal leader of our family. Henry passed peacefully Wednesday, January 24th at the age of 94, family will always be grateful for having him in their lives..He was born in Howard and grew up in Winfred, SD.

He worked for a house moving company in California until he entered the US Navy. He trained as a mechanic and pilot. After his discharge, he took over the family farm near Winfred. He moved to Sioux Falls in the mid 1950's and worked in the construction field for Leaders Construction, Henry Carlson Construction and Sears as well as working for his own business until his health forced him to retire.

Henry was one of the remaining World War II veterans and participated in the Honor Flight to Washington, DC. Henry never needed a hobby as he was always busy, doing something with his hands. No grass ever grew under Henry Lentsch's feet! He helped everyone where ever there was a need..We are going to miss him presiding over family activities. We send him off with grateful hearts full of love for all that he was.

All of us will miss him and his deep devotion to family.
To order memorial trees or send flowers to the family in memory of Henry Lentsch, please visit our flower store.