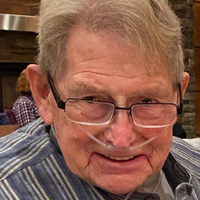 Harry Wiebers was born on December 9, 1940. He graduated from Washington High School and was a lifelong resident of Sioux Falls. He married Kathleen Garity in 1961, and they had two daughters. (He and Kathleen later divorced.)

Harry had multiple careers and was most proud of his time spent as a traveling salesman for Sioux Falls Paint and Glass, where he received the “Salesman of the Year” award several years in a row. He had the gift of gab and made friends wherever he went.

He had a passion for downhill skiing and spent time as an instructor at Great Bear Ski Valley in Sioux Falls. In addition to teaching his daughters how to ski, he was a patient and kind teacher to many. He loved the powdered snow of the Black Hills of South Dakota and the mountains in Colorado and made several trips to both, until health issues caused him to hang up “the sticks.”

He is survived by his daughters, Laura Wiebers and Lynn Wiebers; one grandson, Patrick Wiebers; two sisters, Rita Wiebers and Mary Anne (Larry) Urban; and many nieces and nephews. He was preceded in death by his parents, Helen (Gergen) and Willard Wiebers; his sister Willa Jeanine; his sister and brother-in-law (Shirley and Robert Smith) and his niece, Sara Urban.

Visitation will be 5-7 pm Wednesday at the funeral home with a scripture service at 7 pm.

To order memorial trees or send flowers to the family in memory of Harry Wiebers, please visit our flower store.